You are here: Home1 / Crown Metropol

We’ve recently returned from hosting a brilliant group of our clients on a famil trip to Melbourne generously supported by our friends at Virgin Australia and Crown Hotels. 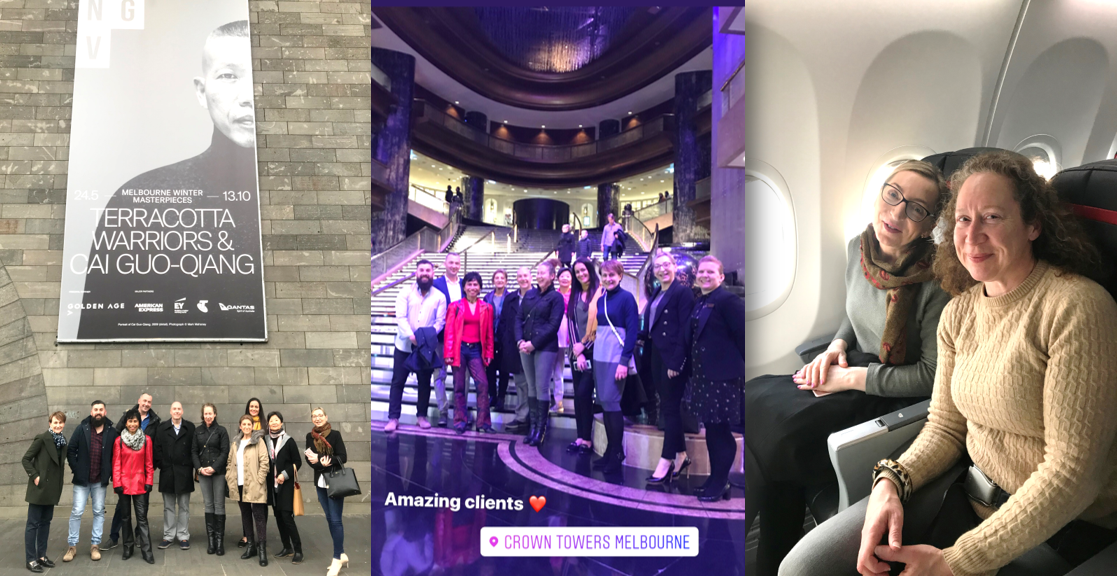 “It was a brilliant way to showcase our expertise and to say thanks to our clients”, said David Thompson.

“The trip ran like clockwork and highlighted the depth and value of the relationships we have with our supplier partners”, he added.

The group gathered in Virgin Australia’s Sydney Airport lounge, with each guest having their Velocity frequent flyer cards upgraded to Pilot Gold, before departing for Melbourne on flight VA830 at 10.00am.

After enjoying private airport transfers, bags were dropped at Crown Metropol Melbourne, and lunch taken at the National Gallery’s Garden Restaurant followed by a private tour of the Terracotta Warriors.

The warriors are life-sized terracotta sculptures depicting the armies of Qin Shi Huang, China’s first Emperor. Thousands of the sculptures were buried with the emperor in 210–209 BCE with the purpose, it is said, of protecting the emperor in his afterlife. They were discovered in 1974 by local farmers.

Back at Crown Metropol, this was followed by an introduction to Crown’s sales team, and an inspection of the Crown Hotel and Entertainment Complex. Crown Hotels then generously hosted us for dinner at the superb Bistro Guillaume.

After breakfast at Mr Hive Kitchen at Crown Metropol, the group took off on a South Melbourne Markets walking and foodie tour. Since 1867, South Melbourne Market has been a treasured inner city landmark and a favourite with locals and visitors, and the tour was the perfect way to end this tiny taste of Melbourne. 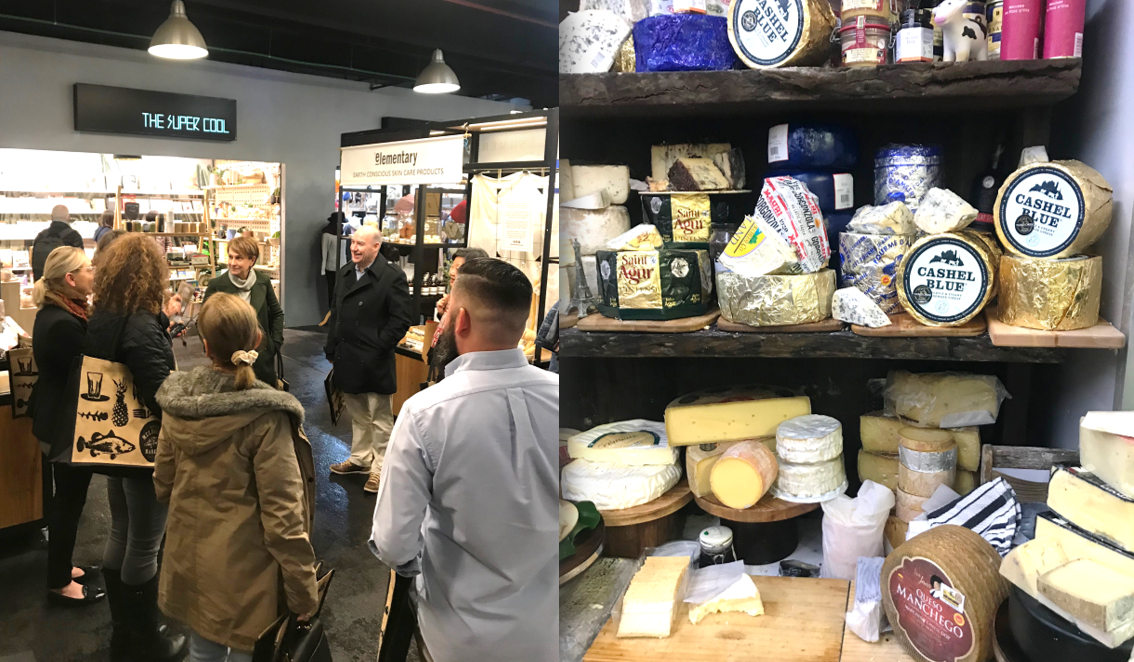 “We’re delighted, too, to be able to engage with our clients like this. Our relationships have never been stronger”, added Hosper.

The final word goes to one of our guests:

“From start to finish, everything was seamless. David and Victor were fabulous hosts, and the selected restaurants were amazing—the service and food outstanding. I really enjoyed the “Terracotta Warrior” guided tour, just fascinating! I was impressed by the many venue spaces and meeting rooms available at Crown Hotel and Entertainment Complex. The hotel rooms, too, are very well appointed and luxurious.”